Quito City Tour, lunch at the rim of Pululahua crater, and Middle of the World 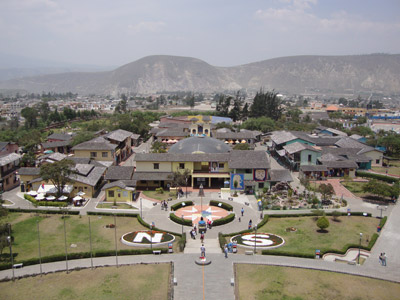 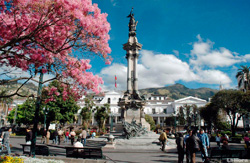 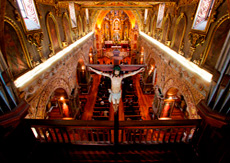 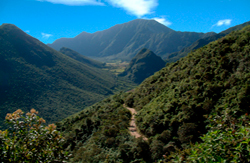 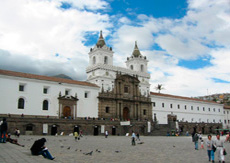 Come with us on a tour of one of the most beautiful cities in Latin America. Delve into its history, and witness the wonderful colonial architecture it hosts - the best-preserved, least-altered historical centers in Latin America - which led UNESCO to declare it one of the first World Heritage Sites.

Our tour will visit some of the most historic buildings Quito has to offer. We will visit the Plaza de la Independencia, or Independence Square, surrounded by some of the most important seats of power from the colonial age, including the Presidential Palace, the Cathedral, and the Archbishop's Palace. Stand in the very heart of Ecuador as your guide regales you with tales of the history and culture of the city.

We will visit the ornately-decorated church of La Compañía de Jesus, considered by many to be one of the most impressive examples of baroque architecture on the South American continent. This Jesuit church is home to some amazing decoration and almost every surface is worked or adorned in gold leaf. The entire building itself is a stunning work of art.

Upon arriving in San Francisco Square, you will immediately notice its tranquility. In the shadow of the surrounding volcanoes, you can take in the views over the city. This was once, however, one of the busiest places in Quito - a bustling center of commerce during the days of colonialism. Here, we find the church and monastery of San Francisco (one of the oldest Catholic complexes in South America) and learn about the history and traditions of Quito, as well as its myths and legends, such as the intriguing tale of Cantuña tricking of the devil.

Next, our tour leads us to the peak of the hill known as “el Panecillo,” so named by the Spaniards for its shapely resemblance to the bread of their motherland. Atop the hill stands an impressive statue of the Virgin Mary, based on sculptor Bernardo Legarda’s famous “Virgen de Quito,” keeping watch over the city and its inhabitants. The spiritual nature of the hill does not end there; before the Spanish arrival, the hill was known as Yavirac, and is said to have been the site of a temple dedicated to sun worship.

We will continue our journey to the north of Quito, to the equatorial line. Before visiting the Mitad del Mundo (the Middle of the World plaza) we will have lunch on the rim of what was once an active volcano. In this restaurant overlooking the volcano’s caldera you will enjoy the delicious Ecuadorian food.

After lunch we will visit the monument to the Equator. The monument was built here in remembrance of the French geodesic mission that visited Ecuador in the 18th century to measure the earth and put an end to the long-debated question of the shape and size of the earth. Take some amazing photos while standing in both the southern and northern hemispheres. We end our tour at the Intiñan Museum. Here you will be able to participate in a series of experiments that can only be done at Latitude 0°. 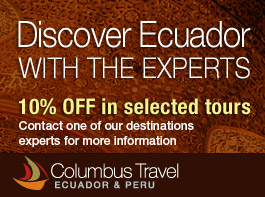